“The dreary, hopeless thought that you can make attacks on others and escape yourself has nailed you to the cross.  Perhaps it seemed to be salvation.  Yet it merely stood for the belief the fear of God is real.  And what is that but hell?  (WB374)”

Affirmation:  “I would love God rather than cringe in fear.” 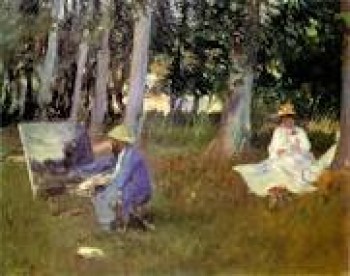 We often wonder about “hell.”  This passage indicates where it is to be found in the fear of God.

2 – Interpretations of the Word “Fear”

This concept goes against traditional Christianity.  But I think that the difference is in an interpretation of the word “fear.”  A Course in Miracles would suggest that it is a lamentable way to approach our Creator, but traditional thinking merely wants us to honor God by such “fear.”  In traditional thinking, it is a humble way to approach our Creator.  In A Course in Miracles, the fear of God is linked to that which is keeping us from salvation.  The two emotions, fear and love, are said to be the only emotions; all  others are linked in some way to these two.  We are encouraged to love God, but not to “fear” him in the sense that we are afraid.  Traditional Christianity does not use fear in that sense of being afraid either.  The fear of God is seen in an awesome sense, and this type of awe is seen as perfectly appropriate toward our Creator, both in traditional Christianity and as stated in ACIM.

ACIM would always see God as our Friend.  We dishonor that relationship when we attack others, in part because we always attack ourselves first (another concept from ACIM).  The image of being “nailed to the cross” is especially important, because elsewhere Jesus asks us to look beyond the crucifixion to the resurrection (T36).  When we look to the resurrection, we are seeing A Course in Miracles in its true light.

4 – Look to the Resurrection

A Course in Miracles differs from traditional Christianity in that it does not see a suffering savior as the best way to view Jesus’s crucifixion.  ACIM would have us look to the resurrection, which it does not deny as a plausible occurrence (but, of course, one that we cannot fully understand, given our belief in the laws of this world).  Jesus did not defend himself in his trial, just as he encourages us avoid defense as a way of life.  ACIM sees the crucifixion as a benign concept, and would not have us cling to this historical occurrence as our route to salvation.  In that sense, ACIM and traditional Christianity are at odds.

It would be especially good, I believe, if we did not attack the beliefs of others as we feel led to encourage reading of ACIM.  There is a progression from the Old Testament (Hebrew Bible), the New Testament, A Course in Miracles, and A Course of Love.  In all cases, we would be advised that theology and theological concepts would only prolong our pathway to salvation.  Jesus calls for a universal experience in ACIM, saying that theology will only delay us.  A universal theology is impossible.  But a universal experience is not only encouraged, but is felt to be necessary (from the Text).

I would not speak my beliefs in any kind of strident way.  Not all are ready to believe that A Course in Miracles (and, of course, even more so A Course of Love) are the latest manifestations of Christian belief.  Those of traditional Christianity would be particular hostile to this idea.

So help me, dear God, to share only with those who feel inclined to study Christian experience differently.  I do understand that theology divides, but that a universal experience will transform all of us who seek You.  Help me to speak my truth in a way that is accessible to my readers.  Help me to share what I have learned of You in a benign way, non-threatening way.  And may I always look to the resurrection, which of course none of us fully understand, as my beacon in a sometimes difficult world.

Thank You for allow me to sense Your felt presence today.